No Worry, Be Happy: An Art of Relieving Stress with Puppets 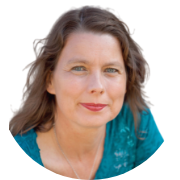 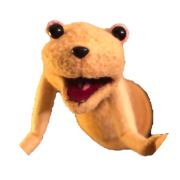 Overview
Young or old, at points in our lives, we all get stressed out. In North America and other parts of the world we are approaching the holiday season that are both full of joy and celebration, but they can also generate tensions connected to general concerns, unrealistic expectations, materialism, family separation or pandemic, among other sources. In a lighthearted but meaningful manner intended for children and families, we will bring awareness to potential stress creating scenarios that occur not only around the holiday time, but also in our daily lives. We offer solutions through communication and relaxation tools to help gain perspective during these potentially stressful times.

The Little Yellow Guy, a child-like puppet, is pumped up and excited about the upcoming holiday season and is also full of worries and doubts about what to expect, and what others are expecting of him during this intense time. He then enters a discussion with his friend Petra, on how to calm down, recognize behaviours, and pursue solutions. The Little Yellow Guy does his best to listen and, among other things, learns to meditate.

Performers:
Tim Gosley Tim Gosley Tim Gosley’s four decades in puppetry have included being the festival director for Puppets for Peace in Victoria, B.C. He is a Gemini Award winning puppeteer on TV series including the Muppets Fraggle Rock and he was Basil Bear on Canadian Sesame Street.

http://en.wikipedia.org/wiki/Tim_Gosley
He creates his own live shows for both families and adults using different puppetry techniques. He has just completed an Artist in Residence Fellowship at the Centre for Studies in Religion and Society at The University of Victoria where he has created The Heart Coffer: A Puppeteer’s Quest for the Universal Heart. Tim’s demo reel:
https://youtu.be/jxFiFPtQ4bU

The Little Yellow Guy is Tim’s alter ego. He was the host for Puppets for Peace. He’s performed in several of Tim’s shows and has been a guest at numerous charitable events. People want to know if he is a weasel, a gopher or what? He is, in fact, just The Little Yellow Guy.

Petra Kixmöller is an actress and teacher. She is originally from Germany but lives now with her family in Victoria on Vancouver Island BC. In their home they have a little theatre where they host concerts, plays, workshops and puppet shows. In 2003 she started practicing Heartfulness Meditation and became a trainer in 2016. One of her passions is doing creative work with children as well as staging plays with them. She has been to India several times and she loves being out in nature and going for walks with her friends and her dog, Maple.

Who Should Attend
The young and the young at heart who want to explore stress & meditation techniques in an entertaining way.