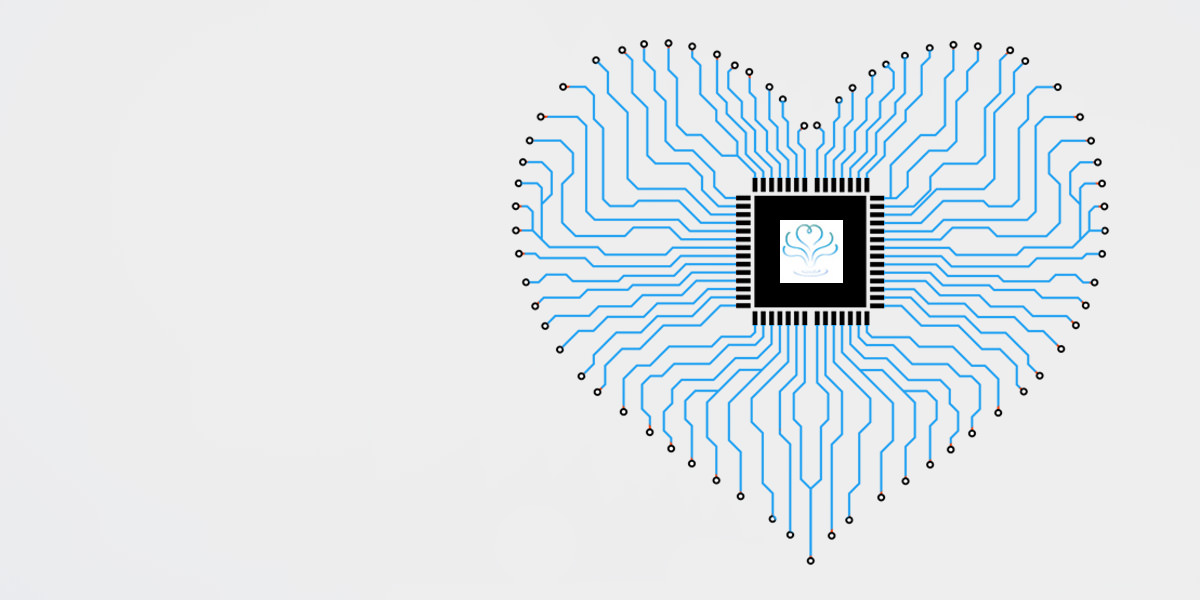 How did the rose

Ever open its heart

And give to this world

It felt the encouragement of light

In recent years increasing attention has been given to the concept of mindfulness, both in clinical and non-clinical settings, so much so that usage of the term has now been become mainstream.[1] But what does mindfulness actually mean? Does it include feeling? How different is a state of ‘mindfulness’ from a state of ‘heartfulness’?[2] What role do such ideas play in the different spheres of our lives, material, moral, spiritual or otherwise?

How do we define or capture ‘heartfulness’? One possible definition is that heartfulness is a state of being where the centre or locus of control is the heart; not the physical heart as a pumping station of blood, but the ‘spiritual’ heart as the guiding principle in one’s life. [3] So often, the intellect is less of the determining force in our personal interactions and decision-making. We ‘refer to the heart’ when deciding matters of a more personal nature – including matters that are moral or spiritual – rather than the mind.

One definition of heartfulness is the concept of ‘transcendence’ coming from the Hindu tradition. Another from Sanskrit that refers to heartfulness as the cosmic sound of the Truth. A further definition, is that of ‘compassionate mindfulness’. In various different contexts, another significant dimension of this concept of heartfulness has implied being more connected to the self, or the Higher Self and with everything and everyone.[4]

For Professor Jon Kabat-Zinn the distinction between mindfulness and heartfulness – between heart and mind – is not so disparate as would often be presumed.[5]. Furthermore, it has been asserted that in many Eastern languages (including Sanskrit, Tibetan and Chinese), the words for heart and mind are in fact synonymous.

In the West, there is a predominant concept of heart and mind being separate and sometimes conflicting entities. The duality of heart and mind may be traced back to the work of the Greek philosopher Aristotle (384 BC – 322 BC), who identified the heart and mind as distinct forces. Mind or more specifically reason was ultimately deemed superior to emotion or feeling (the heart). Aristotle’s emphasis on reason, the mind and rationalism, in many ways departed from the teachings of his mentor and master Plato, who had retained a degree of mysticism, with his belief in the pre-existence and immortality of the soul. This philosophy of rationalism influenced philosophers as disparate as Aquinas and Nietzsche, and has shaped Western thinking to the extent the concept of mind now occupies a dominant and ultimately superior role in discourse.

Given this seeming dominance of the mind and intellect, what does it mean to be guided by one’s heart? Being in a state of heartfulness has also been understood as ‘listening to one’s own conscience’ or inner voice. This idea of the ‘conscience’ brings to mind the story of Pinocchio, originally published in Italian by Carlo Collodi in 1883[6], where the ‘conscience’ was in the form of a cricket. Most are probably more familiar with the Disney version of a puppet, a wooden boy, who if he tells lies, his nose grows and grows until ‘the lie is as plain as the nose on his face’; the same wooden boy is led ‘astray’ on many occasions and metamorphoses into a donkey. To become a ‘real boy’ (or human), he must show himself to be brave, have courage, show love and sacrifice – in the end, Pinocchio saves his Father from drowning and indeed demonstrates his love through sacrifice, selflessness and forgetting the self. The story of Pinocchio can be taken as allegory of heartfulness: that one listens to the heart, to one’s inner voice and, forgets the self, one becomes selfless and essentially becomes human.

Many disciplines, including philosophy and psychology, share the interest in the question of what makes us human: Is the capacity to think that make us human?[7] Is it our ability to love, to have hope and faith? Is it the possibility that we can feel compassion for other beings? Or the apparent inner need to strive to grow and aspire for something beyond? The answers to these questions have been the subject of reflection by researchers, philosophers, and seekers from time immemorial.

To me, this is what heartfulness means, not the Pinocchio story, but through the means of meditation, cultivating the heart through inner stillness and silence, becoming more human, being more truthful with one’s self, opening the heart, becoming more loving, compassionate, and kind, to one’s own self and to all other human beings. So as the Hafiz poem suggests heartfulness could mean that we open our hearts, to that possibility. What will your heart tell you today? Maybe listen and see what is possible.

[1] The following two definitions of ‘mindfulness’ are provided by Oxford Dictionaries:

[2] For discussion of these concepts and their relationship to one another see: Alane Daugherty, From Mindfulness to Heartfulness (Balboa Press, 2014).

[3] An energetic or vibrational field. For example, see some of the research by http://www.heartmath.org/

[6] The original story ‘The Adventures of Pinocchio’ in Italian is a darker tale of morality, almost brutal to contemporary eyes. However, in the original tale the fairy transforms him into a ‘real boy’ “To reward you for your good heart … Boys who minister tenderly to their parents, and assist them in their misery and infirmities, are deserving of great praise and affection, even if they cannot be cited as examples of obedience and good behavior. Try and do better in the future and you will be happy.” There is a delightful article on Pinocchio and lying in the New Yorker. http://www.newyorker.com/books/page-turner/original-pinocchio-really-says-lying

[7] René Descartes, (1596 – 1650) a French Philosopher who is most well known for the statement – ‘Je pense, donc je suis’ trans. ‘I think, therefore I am’. He laid the foundation for continental rationalism in the 17th century and also famous for his philosophy of dualism and his influence on the discipline of psychology.