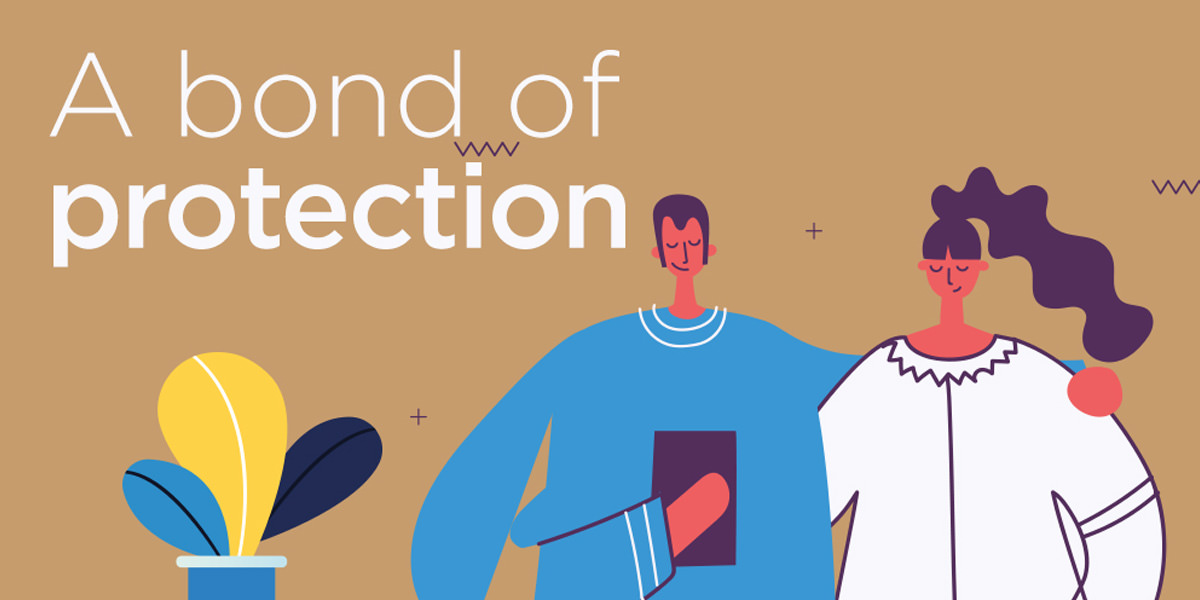 Today I am reminded of fond memories from my childhood. When I was five or six years of age, the festival of Raksha Bandhan was a neighbourhood affair, and all my sisters would tie threads on my wrists and even on my ankles.

For those of you who are unfamiliar with this Indian festival, Raksha Bandhan celebrates the bond of love and care between brothers and sisters. The two words “raksha” and “bandhan” together mean “bond of protection.” Usually the sister ties a wristband, better known as a rakhi, on the wrist of her brother. The rakhi is a symbol for the sister’s intention to protect her brother, who in turn is entrusted with the responsibility of protecting her.

Even today, although it has become very commercialized, Raksha Bandhan is a festival with deep social significance. But let me ask: What can we do to make this festival even more meaningful? It helps to understand the origins of the festival.

It All Started with a Grandmother’s Love

It all began with a story from the Mahabharata, which took place between Arjuna’s son, Abhimanyu, and his grandmother Kunti. As Abhimanyu was poised to enter the deadly war formation of the enemy, the chakravyuha, Kunti tied a thread on his wrist with a prayer for his protection, with the deep and loving intention that this thread would protect his life. As a result, for days Abhimanyu was invincible on the battlefield. No matter how dangerous the situation, nobody was able to hurt him. It was only when Lord Krishna came in the form of a mouse, and chewed through the thread while he was sleeping, that Abhimanyu was unable to make it out of the chakravyuha battle formation, and so met his death. This act of Lord Krishna had far-reaching consequences in the story, which itself requires a deeper level of reflection and understanding.

What is it that made Kunti’s rakhi so effective? And when we celebrate Raksha Bandhan today, can we offer that same level of protection to our loved ones?

The answer lies in sankalpa shakti. “Sankalpa” is a Sanskrit word that loosely translates as “a suggestion or intention backed by willpower to allow something to manifest, be removed or be sustained.” But this doesn’t quite convey the full meaning, because the subtler the intention, and the more prayerful the intention, the more potent it becomes. Sankalpa can be understood as the intention to manifest your wish for something to happen. It is given potency by imagining that what you want to achieve is already there. The subtler the suggestion, the more potent it is.

It was Kunti’s sankalpa that led to Abhimanyu’s rakhi being so effective. Imagine the level of her consciousness and her unfaltering will! She was evolved enough to be able to protect her grandson from harm. Even Lord Krishna himself could only overwhelm Abhimanyu by removing the thread.

How many of us can say with confidence that we are confident in the power of our sankalpa when we tie the thread? And how can we develop our willpower to such a subtle level that this becomes a possibility?

This year, let’s try to use the most subtle, potent, heart-based sankalpa we can adopt when we tie the thread, with a prayer to God that the sankalpa is sustained as long as the rakhi is worn – and beyond. Then the festival of Raksha Bandhan will become truly meaningful rather than a simple, fun ritual.

On this joyful occasion of Raksha Bandhan, may we all offer a sankalpa of protection and care for our loved ones of such a high order as to reflect Mother Kunti’s consciousness.